Upcycle a T-shirt into an Apron

Recently I went through Hubby's work t-shirts to see which shirts were "dead", done, had bit the dust. Two were particularly grubby. I tossed them into the rag pile. About a week or so later I came across No-Sew T-Shirt Apron on Pinterest. So I thought I'd give it a try. 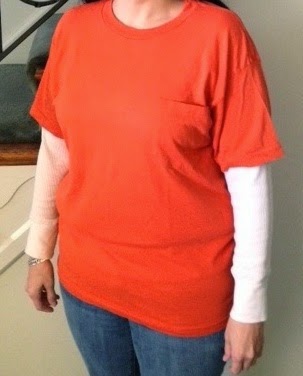 Here is the before. The shirt is a little big but that's okay. 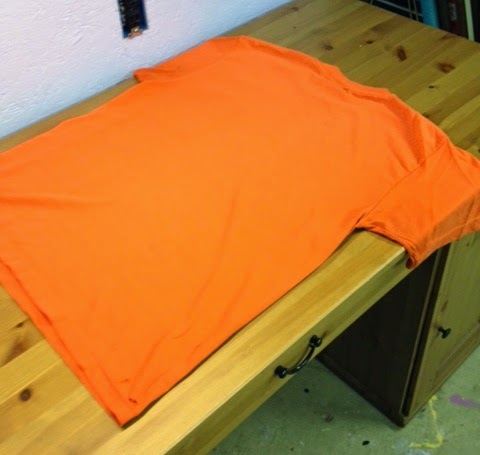 Lay the shirt on a flat surface. Back side up. 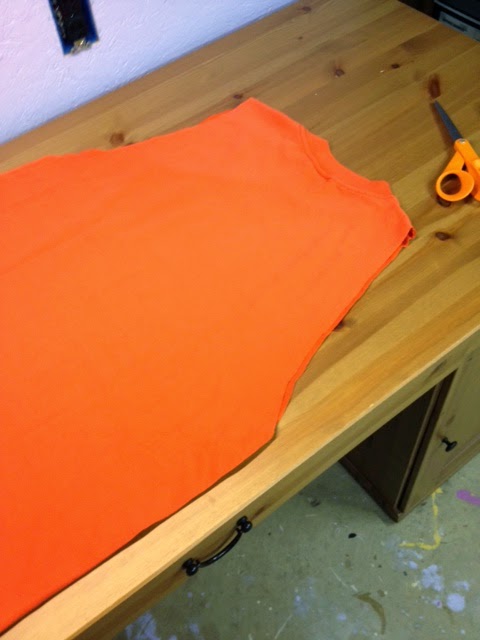 Cut off the sleeves. 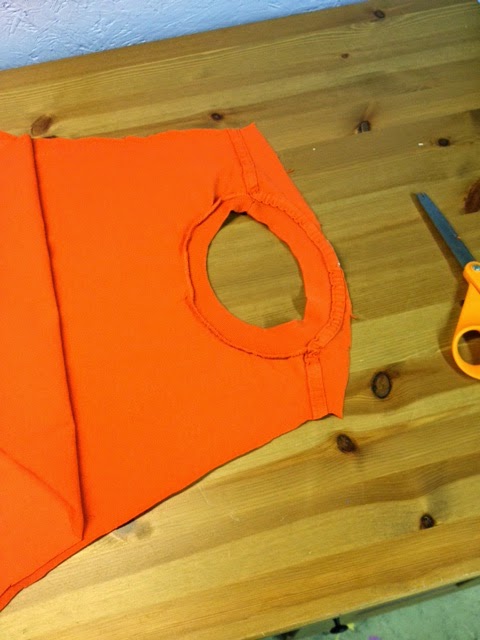 Cut the collar off the back of the shirt. 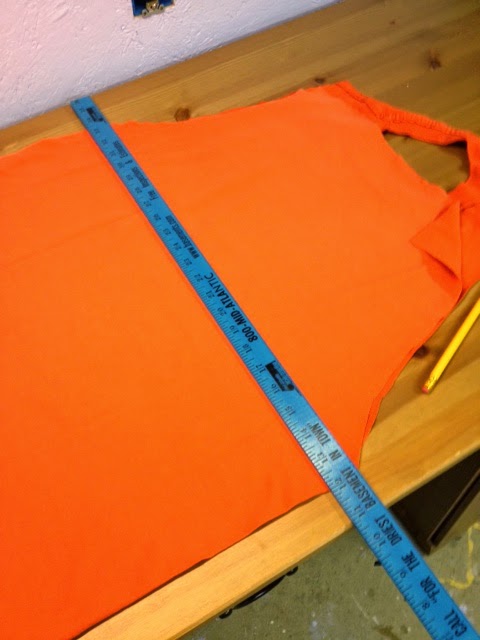 Go down to where the bottom of the sleeves are and draw a line. 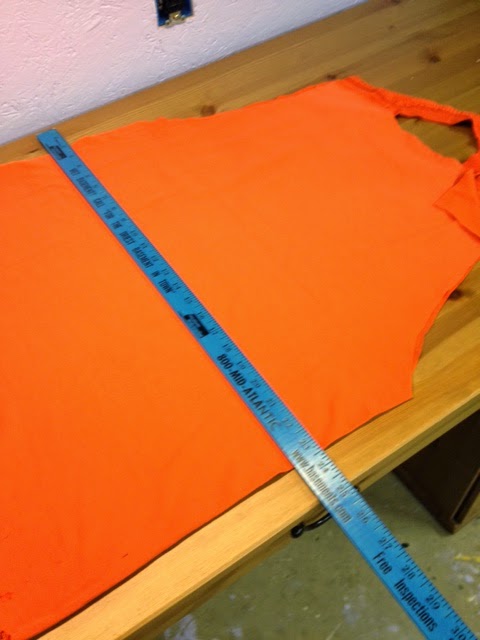 Go down about 4" from that line and drawn another line. 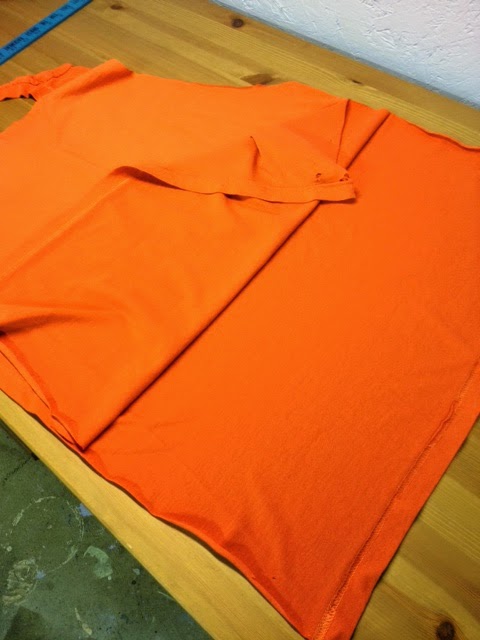 Cut up both sides to the bottom line you just drew. 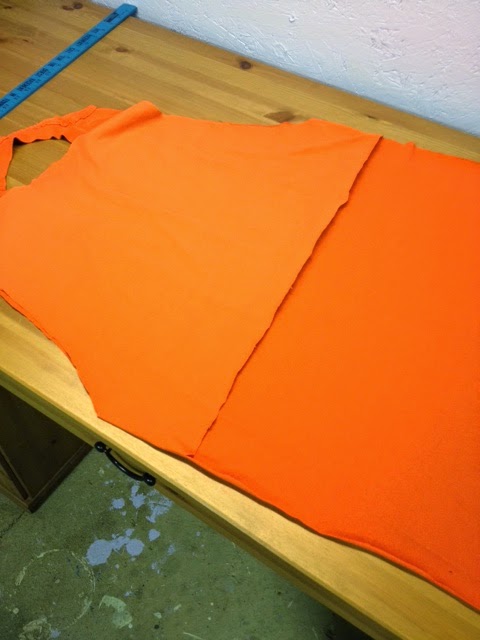 Cut the top of the back off to the first line you drew. 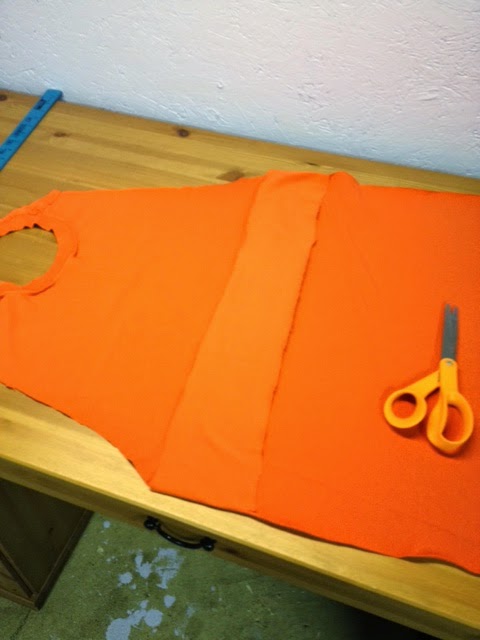 So now you have a strip across the back. 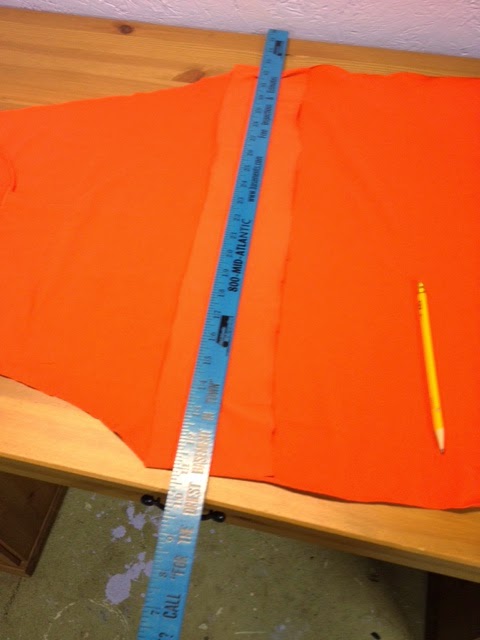 Draw a line across the strip at the 2" mark. 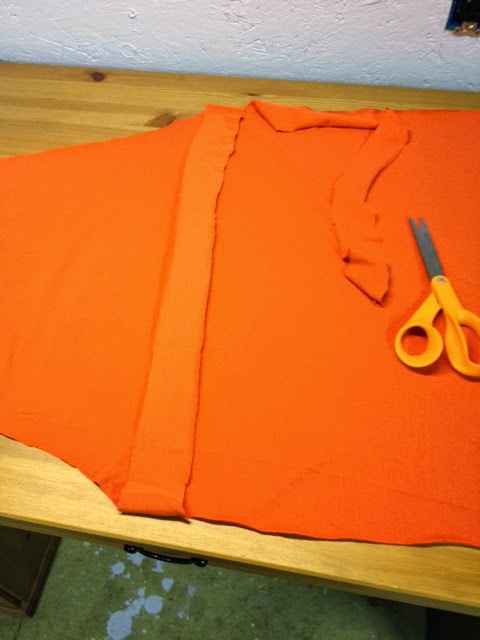 Okay this is the extra tricky part.
Starting on the left of the shirt cut up to the mark you just made at the 2" mark.
Cut across to the right side but DO NOT cut the end off.
Now you will have one part of the tie and the other side is still attached. 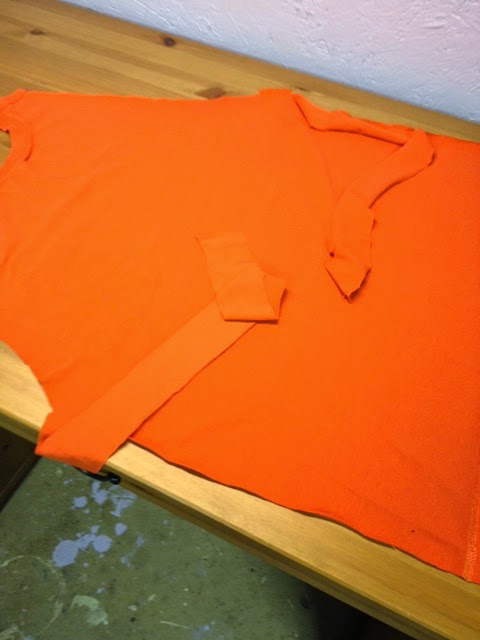 Now on the right side cut the top of the end off.
Now you have two ties. 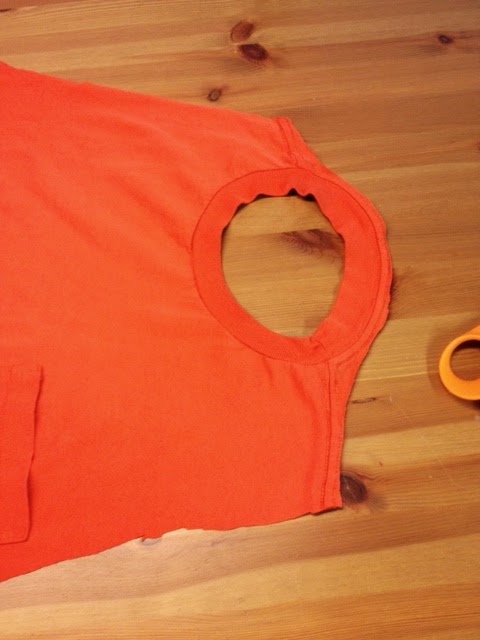 When I flipped the shirt over I noticed the front was a little wonky. 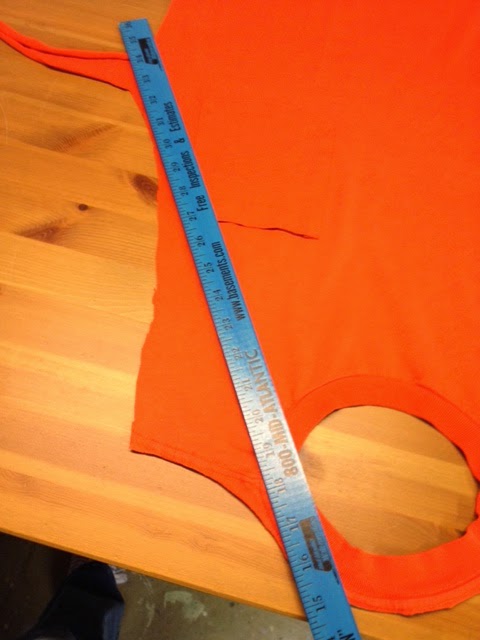 I trimmed the one side being careful not to cut into the pocket.
I really wanted to keep it for my cell phone, a pencil or a cookie. 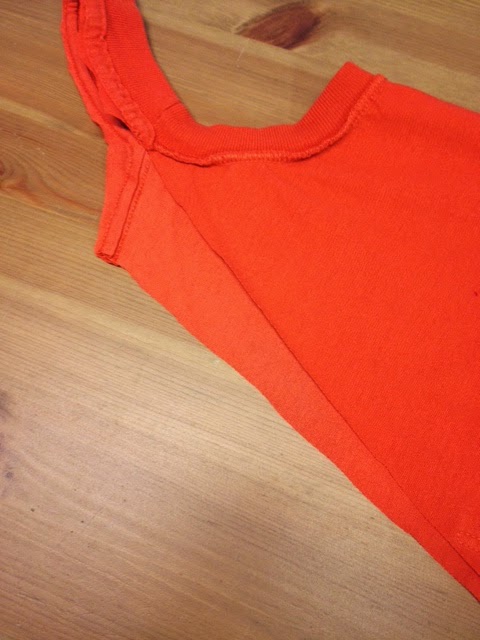 I folded it over and trimmed the other side to match. 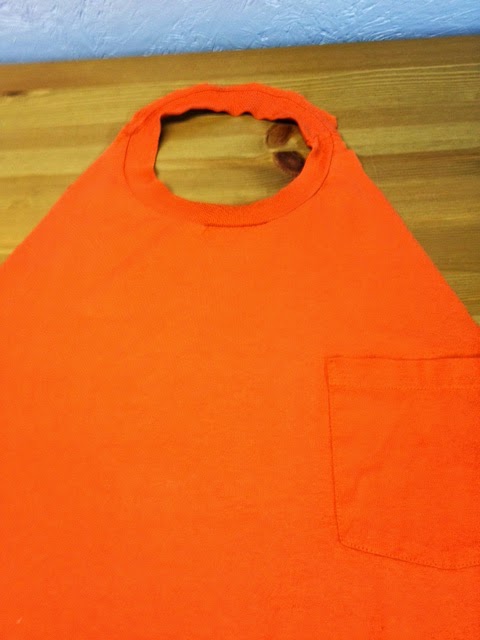 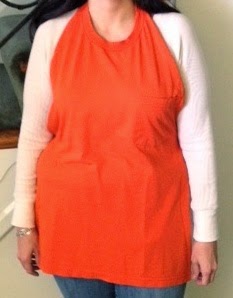 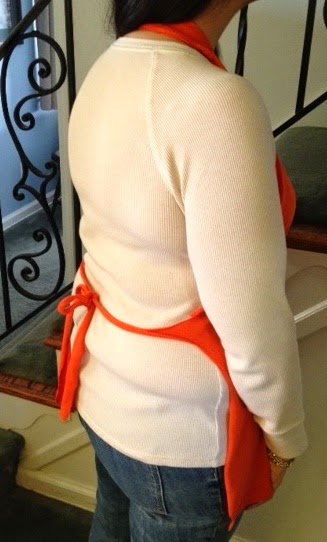